10 Netflix originals that are worth watching

In the far future, an AI sends human consciousness back in time in order to change history and avoid the post-apocalyptic age that waits for humanity.

Unfortunately, as they continue to sai through the show, no plane survives the contact with the past so it will be a gigantic rush to don’t being caught.

As you can imagine from this kind of show, there will be a bunch of rogue guys who will try to be a pain in the ass for the main characters

Only 3 seasons that are really worth follows for the sake of lovable characters.

The adaptation of the novel from the same name from the Chinese hard sci-fi writer Liu Cixin.

In a close-ish future, the Sun is about to explode so, with the help of technology and a lot of resources, they plan to move the Earth to another star system.

Everything is going smoothly until they don’t have to use Jupiter for a gravity assist.

Being this released after Avengers – Endgame, they put inside a small easter egg for that as well.

Above all, this movie raises only a question: Why we don’t leave Asians to make all the movies we need?

This is so far, one of the best Netflix originals.

A Spanish Heist movie where a group of misfits makes the impossible heist of robbing the Spanish national mint in order to fight the system and became a symbol of freedom.

This is one of the stories when you will support who should be bad but at the end is pretty on the right side.

They are actually on the 3rd season and is not entirely clear if will be the last but I really hope it will be because it wasn’t even as great as the first one.

What happened to Monday [USA]: 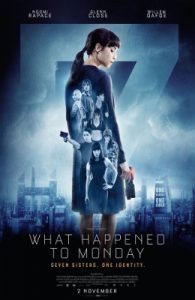 In a dystopian future is forbidden to have more than one child and a man has not less than seven twins that will named after the days of the week so they will have their own day for have a life of the real world.

They have to pass all their life hide until something go wrong and they’ll find their way out to survive.

Even because there is the fact that everything happens to one of them happens to all of them in order to don’t raising suspicious.

The cast star Willem Dafoe e Noomi Rapace and they are amazing as always.

I’m not a fan of post-apocalyptic zombie things and maybe my only experience is with I am legend, but this, at least, changes a bit and shows a Martin Freeman who, after being contaminated, embark in a massive journey in order to save his daughter.

When you are lucky enough to die but to be still alive, you can become the definitive vigilante and going to do everything you want.

An assassin agency doesn’t want to pay the contributions to Mads Mikkelsen, you should know that is a terrible idea.

A German town is linked with himself in a lot of different times.

This will bring a lot of confusion and time changes that will bring to inevitable disasters.

A re-adaptation of the 1965 and 1989 story that brings the Robinson family to have any sort of problem in space.

Fortunately, now they are not alone as a lot of other people will be put in danger with them.

A crime writer has the best adventure of his time when discovering the existence of a world-class assassin, he signed himself with the name of it and gets kidnapped.

He will have to dig his way out of the mess he fell into.

View all posts by ldmarchesi
Older The art of subverting expectations Newer Maus – The greatest story about holocaust ever written
Latest posts in the same category
Explanations, Movie reviews

4 Replies to “10 Netflix originals that are worth watching” 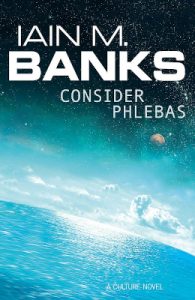