At the end of the story Thanos won… 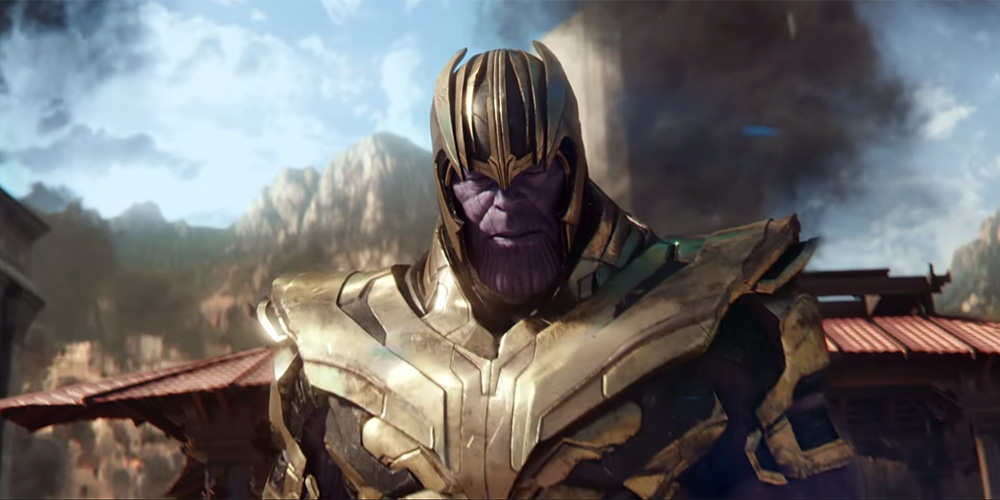 I believe that everybody remembers the moment at the end of Avengers: Infinity war where the big bad won the day and erased 50% of all living beings.

It was touching, the heroes lost and the villain won because he was devoted to the greater plan and he was fighting a disunited team of people.

Thanos was in that moment the realization of Lovecraftian cosmic horror, a being that was too much for every human being that came in contact with him.

Nobody had stood against him and in the end, he accomplished the mastodonic plan that he passed years creating and executing.

Each planet had now the chance to grow better because of the reduced population and this was the best characterization that a Marvel villain ever had.

Now, the plan was great and there is not a single MCU fan that hadn’t at some point thought that Thanos deserved to win because it was an idea shared by many.

It was surely better to save the world by being better people but that required time and will, Thanos came with immediate actions, something that would have hit the universe so deeply that at some level he even won.

Flash forward five years and the picture of the planet is somehow like a post-apocalyptic society that found a way to survive but still mourned the people they left behind.

At the end of the final act of the infinity saga, the Avengers brought everybody back and everybody is happy now, Thanos lost… Or did he?

Spiderman: Far from home does nothing to picture the aftermath of three billion people coming back to life.

Wandavision makes a single scene to show us the special effects of the blip but at some level, we know that some people passed some rough time in those five years, but still they went along and found the way to survive.

We had to wait for The falcon and the winter soldier to really understand the scope of what happened to the world.

Five years ago the world was as we know it in real life: capitalism, poverty, hunger, racism, overpopulation, and so on.

Yes, I know that there are even good things but those are the problems that Thanos tried to solve.

Then he came, snapped his finger, and suddenly, at some level, something happened.

People started to live better, borders are not so strong on immigrants, there is lots of food, lots of free houses, the environment gets better.

Human civilization had never been so flourishing ever and for the first time, we realized that Thanos was right all along, after all, he himself said to Gamora that he was the only one that knew what needed to be done.

He saved planets and planets and he didn’t plan to stop, at the end like a god he sat and watched the Sunrise in a grateful universe.

It would be a nasty shame if the mightiest heroes on Earth would decide to come back and reverse what had been done.

They put 3.5 billion people back on the planet without even thinking about the consequences of what they were about to do.

They produced a disaster on so many levels, environmental, social, economic, at the end, they are the villains of the show and they actually doomed humanity to consequences that are already to be seen.

The flag-smashers are nothing but the people whose lives had just been destroyed by the ineptitude of a group of vigilantes that weren’t able to live with their failures.

Thanos had shown humanity its greater strength: Resilience, we were able to rebuild a world from the ashes, for five years they lived without Avengers, without cosmic threats, without world-ending events.

That was the paradise that humanity didn’t have since Tony Stark came out as Iron man and it was thanks to a being who had the courage to stand for the greater good.

There is the last thing to address, many people say that Thanos’ plan was ineffective because the human population doubled in fifty years and this can be a valid point but I don’t think this would be the case.

Is scientifically proven that demographic increase is related to social welfare so happier the place, lower the births, and yet the world was at its best during these five years.

There is no way in which it is possible to see the snap as a world-ending event, Thanos was always meant to be the only savior, the hero we need but the one we deserve.