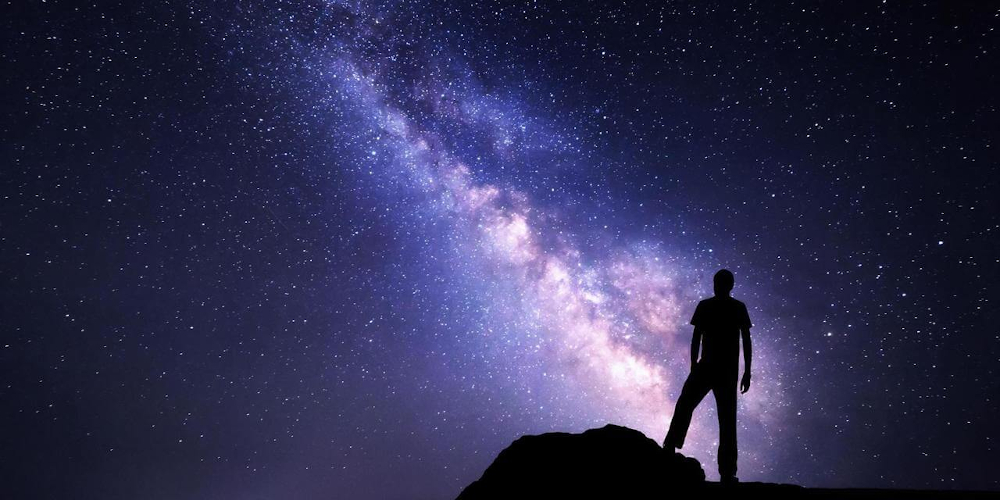 The greater question since we observe the universe is: Are we alone?

Science fiction writers from all over the world and history created massive universe full of life but that is against all our knowledge about an empty and lifeless desert.

We, on the other side, lives on a planet that is full of very different forms of life, those evolved to live everywhere and all it began from a cell in the primordial broth, a cell alone in the planet maybe in the whole universe.

You’ll maybe thing that is possible that it happened elsewhere, after all the primordial broth is not uncommon in the universe but we are here to push the ideas to the limit so let’s hipotize that we are alone.

I know that lot’s of people that this is somehow terrifying and probably even sad but what if this can be the best epiphany we ever had.

Imagine the scenario in which we start to colonizing the stars and climb the ladder of civilization and then, in the time span of eons all the hundreds, thousands, million of world that we filled with the best of us (this is a hopefull sentence) will come back to the first planet and at that point thanks to evolution they will be absolutely different species.

They can even be so different and had so different experiences that humanity will really be the creator of universe diversity, Gods among the stars.

At that point Earth will became the council of thousand worlds and we gonna see toghether the time travelers, the colony who was able to enter a black hole and survive, the creaturesa that adapted to the superhot plasma atmosphere of a yellow star, strange blob creatures that can now survive in the vacuum of space, the wizards who discovered how to manipulate the structure of the universe, the ascended who may or may not have met God and you name any other strange creature.

And probably in that moment the basilar and deep human nature will come out and, unable to recognize the common ancestor and being scared from all this utter diversity… It will be WAR!

Vincent Aboubakar is the first player to score and be sent off in a World Cup match since Zinedine Zidane in the 2006 final vs. Italy 😅

I just read a post claiming that success as an author will come if you trust the universe to manifest it for you. It missed out the part where you actually have to SIT AT YOUR KEYBOARD AND WORK YOUR ASS OFF.